I went out on the St Lawrence one cold winter day to fish with an old native lumberjack neighbor. He cut a hole with his chain saw. I shivered !! the wind was whipping us pretty good. He fooled around in a sack for a few minutes then announced he forgot the bait !!!

Alexandria Bay was our favorite place on the river - Kring Point state park. Fishing and water skiing in Goose Bay. Funny how I ended up loving the salt water and Pacific Ocean after growing up there.
W

joester said:
Roberto -
I grew up in upstate NY, went to school at Paul Smiths. Spent many days and nights in the thick of the blackflies, still have fond memories of Fulton Chain of Lakes, especially 4th lake. Trout fishing everywhere. Summer nights at the Old Barn in Inlet, live music on the weekends - good times.
Click to expand...

I went to Oneonta. Chose that over Potsdam, ESF, Paul Smith because several of my high school mates went there. Every now and again I look up Paul Smith to see what’s going on. It seemed it was close to going under a few years ago with a debacle about some millionaire donor and wanting to change the name. Beautiful underrated school.
W

Roberto said:
My favorite fishing was in the small streams in the Adirondack Mts. of upper NY. Only small native trout. Light spinning equipment. Two mile hike to the favorite area. Try to catch a grub fish first. Cut out the gullet for bait. Sneak slowly and quietly over marshy areas to the edge of the stream. These fish are extremely wary. Flip the bait upstream above a pool so the bait would float down with the current. If you were careful, and there was a trout lurking there, and there usually was cause few would take the two mile hike in, they would hit it and give you a nice vigorous fight. We would quit when we had enough for a dinner and set up camp and cook them for dinner. Nothing quite like fresh native trout over an open fire in the woods. Lots of fun unless the blackflies were active !
Click to expand...

I used to fish the Oriskany Creek behind my uncle’s house in Clinton as a kid. Oneida and Delta lakes too. Taught me how to fly fish. Only caught one trout but tons of blue gills in the lakes. I loved going upstate as a kid.
W

mondone said:
Ah, the old bunker chum pot. They were very oily fish and stunk! Yep, did that for our summer Bluefishing out of Jones inlet over the Cholera Grounds.
Click to expand...

LOL. It was bad there for years. The water’s been cleaned up now. So they say

the brown trout in Oriskany Creek were a blast to catch and eat - never thought I'd see it mentioned here....
I could bike ride to that creek from our home, and often did. We have to drive a bit here in Az to reach decent creeks and streams, but still fun and
delicious eating fresh caught stream trout.
M

Cool to see some upstate NY love. I grew up on one of the finger lakes and family is still there. Huge lake trout and brown trout, with rainbows in the creeks. Always nice pulling slob perch, walleye and northern pike up through the ice too. It looks like a bunch of us traded lake effect snow for az sun and warm ocean breeze down south.

Forum Supporter
Did most of my freshwater fishing back in the day on Glen Lake in the Adirondacks. 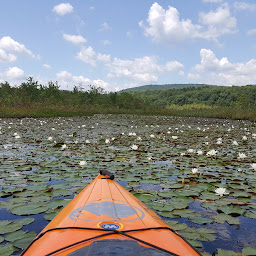 Been Lucky in life to be owners in Las Conchas for 2 years. I haven’t been bitten by the salt water fishing bug as of yet. I do all of my fresh water fishing on Lake of the Woods Ontario. Suppose I should start hanging out at the local tackle shop and see what I can learn.
You must log in or register to reply here.
Share:
Facebook Twitter Reddit Pinterest Tumblr WhatsApp Email Link
Top